Skip to content
We'll do the work - you enjoy the party.

What we can do for you.

Chef Veronica is ready to create something mouthwatering for your special day! From weddings to baby showers, back yard BBQ’s to birthdays to special occasions, Chef Veronica will make your memories much sweeter by turning your dream event into reality 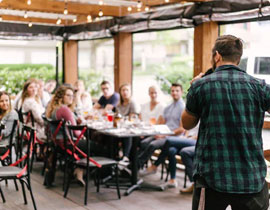 As a expert in all facets of food service, Chef Veronica will create innovative solutions tailored to market trends and our partners’ unique needs. 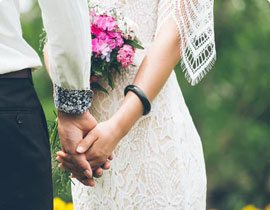 Few moments are more special and significant than your wedding/Gala. Even fewer offer you so many details and decisions. That’s where Chef Veronica comes in. 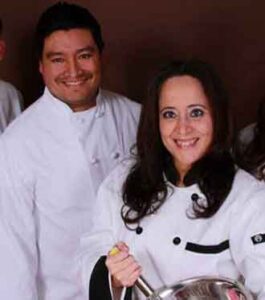 Chef Veronica understand that entertaining at home is one of life’s true pleasures. She makes it easy to be a host by providing delectable food and impeccable service with masterful set up and clean up. 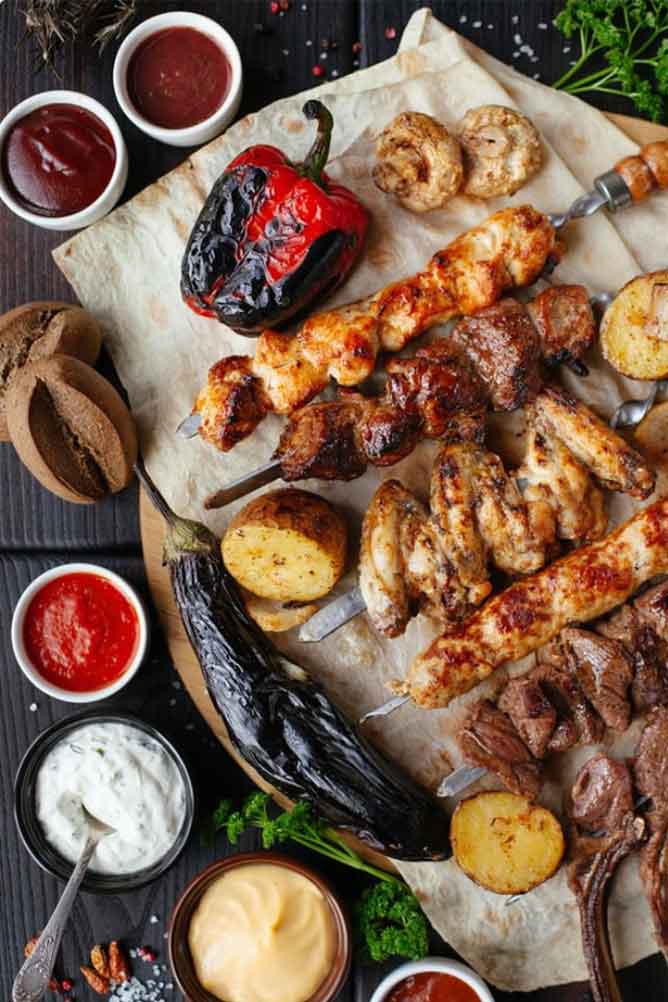 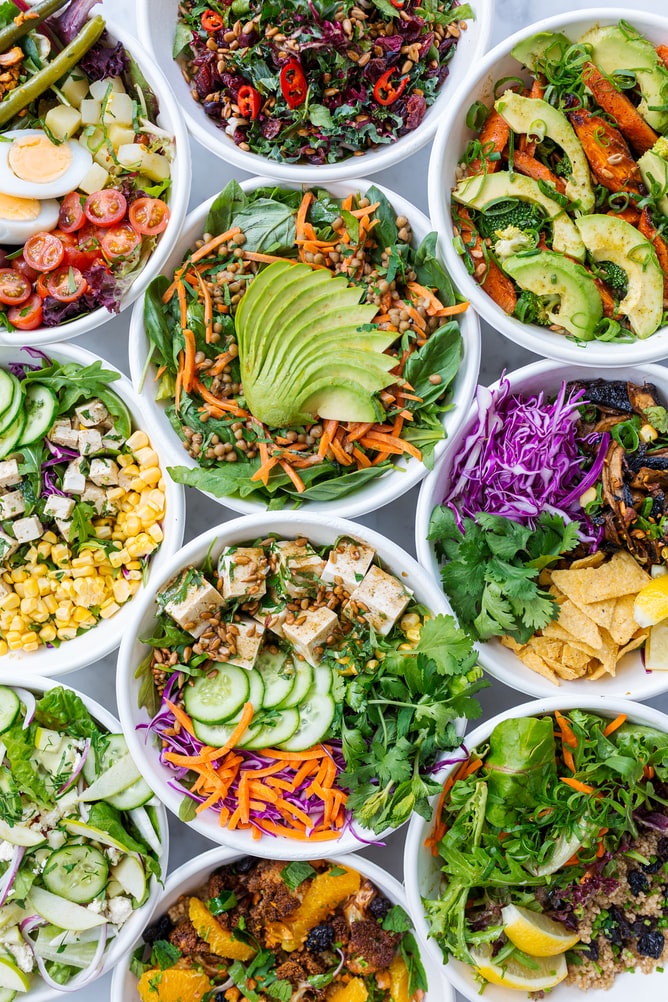 Fresh seasonal and creative menus for all occasions 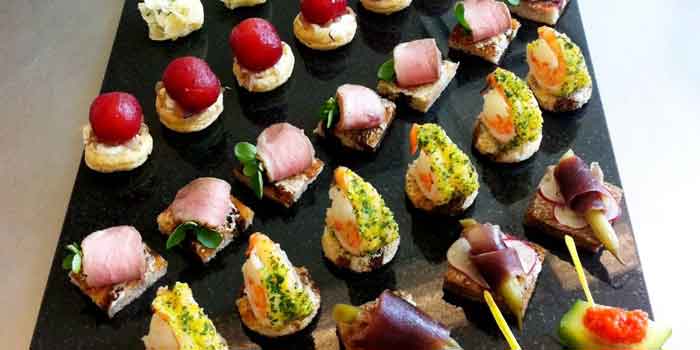 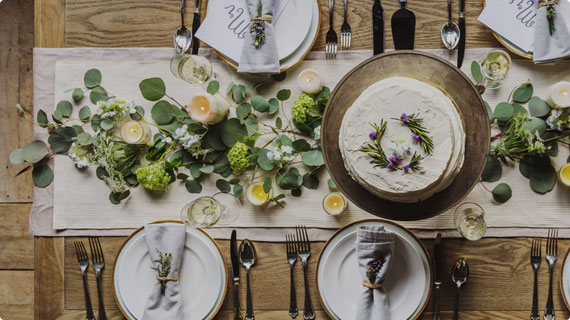 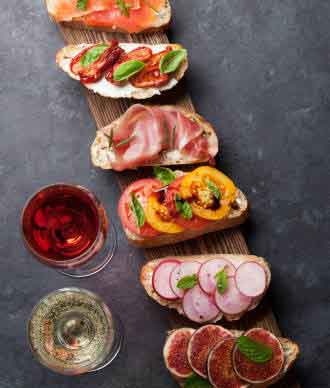 Make Your Event One To Remember! 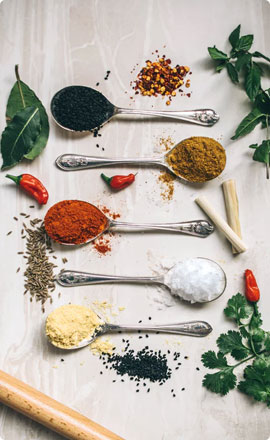 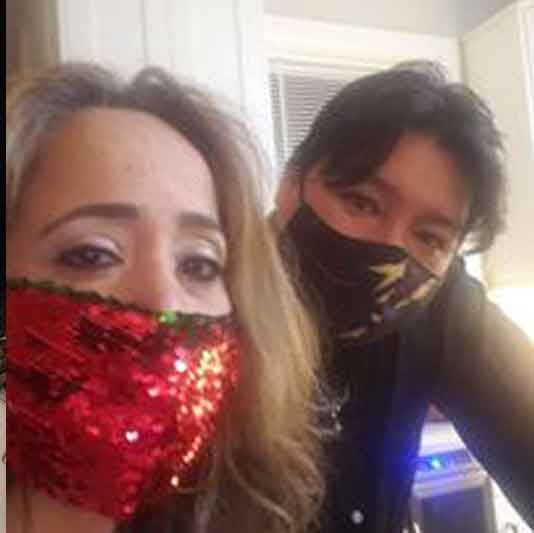 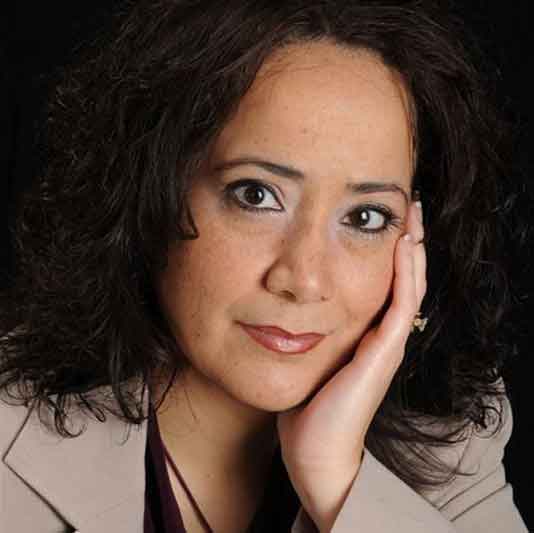 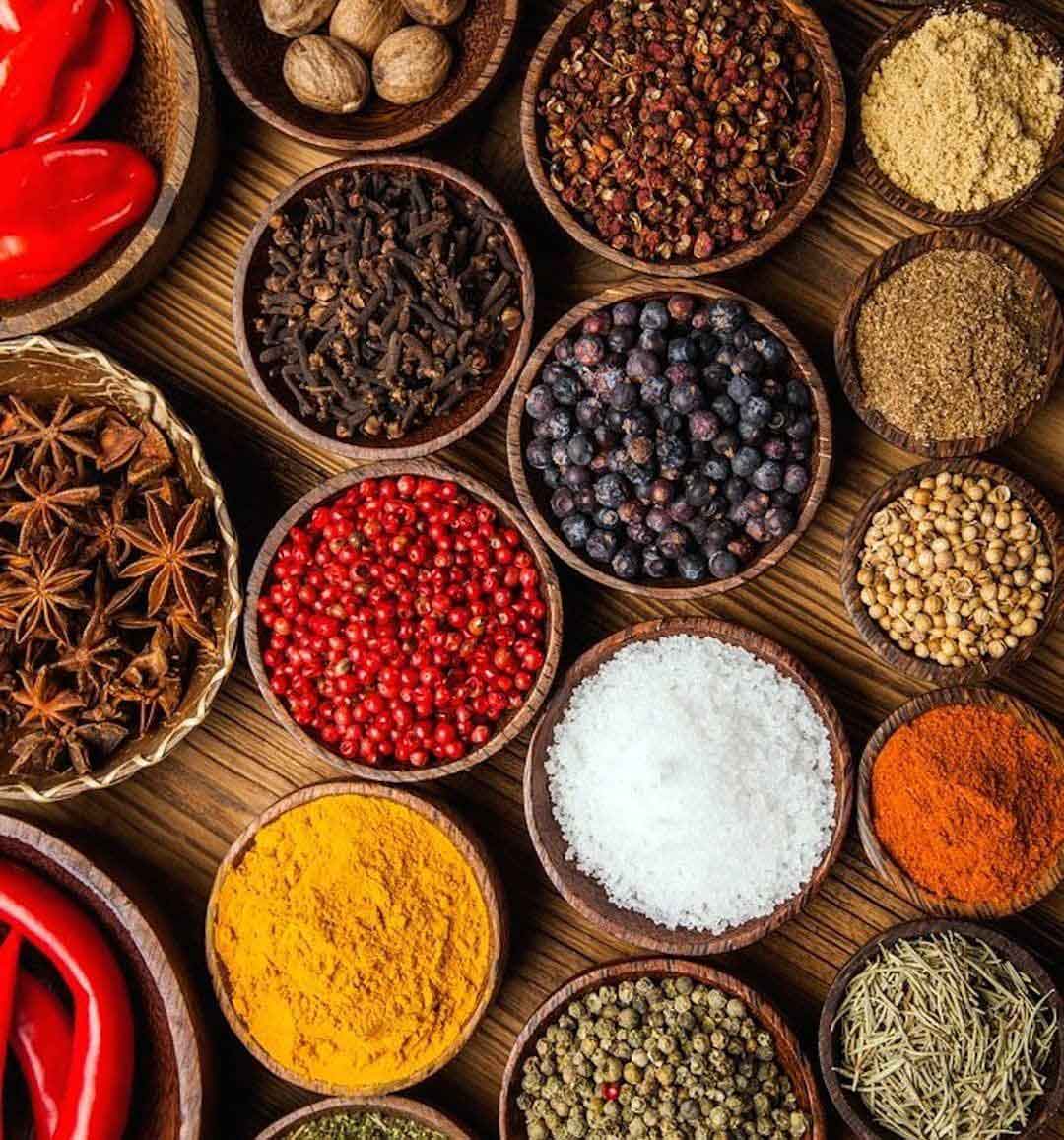 Few words about us.

Chef Veronica Peinado has created delicious goods for over 15 years. Her culinary career started in Chicago then she move to Dalton, Georgia and Chattanooga, then Tennessee and back home to Chicago’s north side. She has created known staples such as Chicken Piccata, New York Strip and  delectable desserts for special events of every kind in some of the most reputable environments such as The Art Institute of Chicago. Her culinary passion has led her to fuse together Mexican, Puerto Rican and French schools of food into her own unique blend, thusly creating a style all her own.

Veronica received her Bachelor of Science degree in Business Management from National-Louis University after completing the Culinary Arts and Kitchen Management program at Ryan University in North Carolina as well as attending the Baking and pastries Hospitality Program from Le Cordon Bleu of Chicago. Her extensive expertise has led to positions in both the cooking and baking industries , Hosting, Training, Management and Design.

See More About Us
"I wanted to thank you for making Rock the Badges a successful event. Your food was outstanding. Your chicken tacos are among the best I've ever had and your steak is pretty damn tasty too. There's a reason you had the longest line at our event.. Your amazing! Les "Bacon" Fligelman Iron Justice MC Chicago."
Les "Bacon" Fligelman Iron Justice MC Chicago
"Chef Veronica Peinaddo is one of the most creative and talented chef's out there. She combines flavors from different cuisines to make the perfect dish. Her portions are very filling and the options are endless with her flexibility to make the perfect dish for you. You cannot go wrong with any item that is on her menu! Her Mexi-Rican flavors are to die for since they are combined with a French flavor. I cannot begin to describe how mouth watering her flavors are. By far she has the best Latin cuisine I have ever tasted."
Sammer and Aracelis Fakhoury
“Thank you Chef Veronica for a great turn out! We celebrated my daughter's 21st birthday at Arlington Racetrack and catered in tacos and tamales from Chef Veronica. They were delicious! Veronica and her team did a great job making sure the food was warm and delicious! They were placed in trays and wrapped adequately. Their service was an excellent 10 out of 10! Our party treated themselves to seconds and the birthday girl was super happy with both ”
Monica PizanoChicago IL.
“ Chef! The food was amazing! The ladies loved it! I'll definately be using you again! ”
Eriel Ramsey, CEO Creative Director, Imperial 1002
“ We cant get enough of Chef Veronica! We did a private dinner and the food was just amazing and very fresh. We both loved the elotes, and the tacos and burritos were so flavorful. Our second experience was for a much bigger crowd and they set everything up so professionally and everything was still hot when we served the food. Everyone loved the special sauce they make as well as the chicken and steak tacos! We can't wait to have another great experience with the Taco Buggy. We would highly recommend them if you are looking for great Mexican food!"
Lois Baumann and Emma Renteria Stairways of the Stars Maywood Park IL.

Our special facilities makes you happy 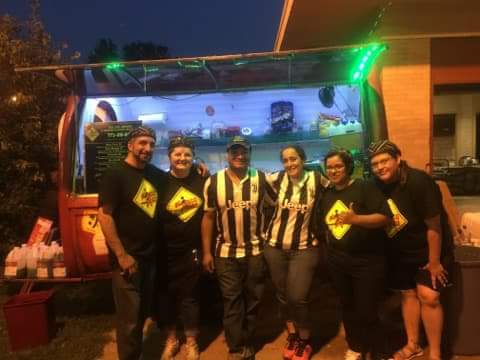 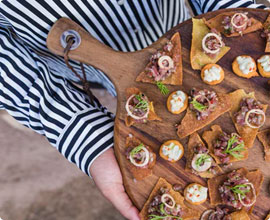 Chef Veronica catered my book release party, and everything from set-up to clean-up was incredible.
The best part is that Chef Veronica and her team took great care of the guests allowing me to enjoy the
event. The wide variety of food was unforgettable. I still receive calls from guests asking for Chef
Veronica’s telephone number. Thank you, Chef Veronica, for helping to make my event a great success. 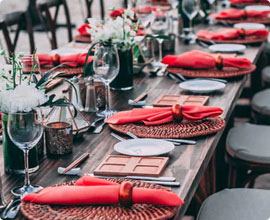 Privately catered seven course meal paired with an assortment of wines and spritzers. Starting with a Mushroom Pate followed by a Spaniard Gazpacho with raw tomatoes and vegetables. a delicate  small Arcadian spring mix salad with organic vegetables. Main entree  a classical Surf and Turf consisting of Langostino Shrimp with a New York strip beautifully seasoned and cooked to a Medium plus and accompanied by a mouthwatering Double Baked Potato dusted with Chocolate Truffle and topped off with a side of Garlic Butter Herb Broccoli. A  Mango Panna Cotta served delicately on a crystal glass and we finish off the experience with Chocolate covered Strawberries and bourbon. 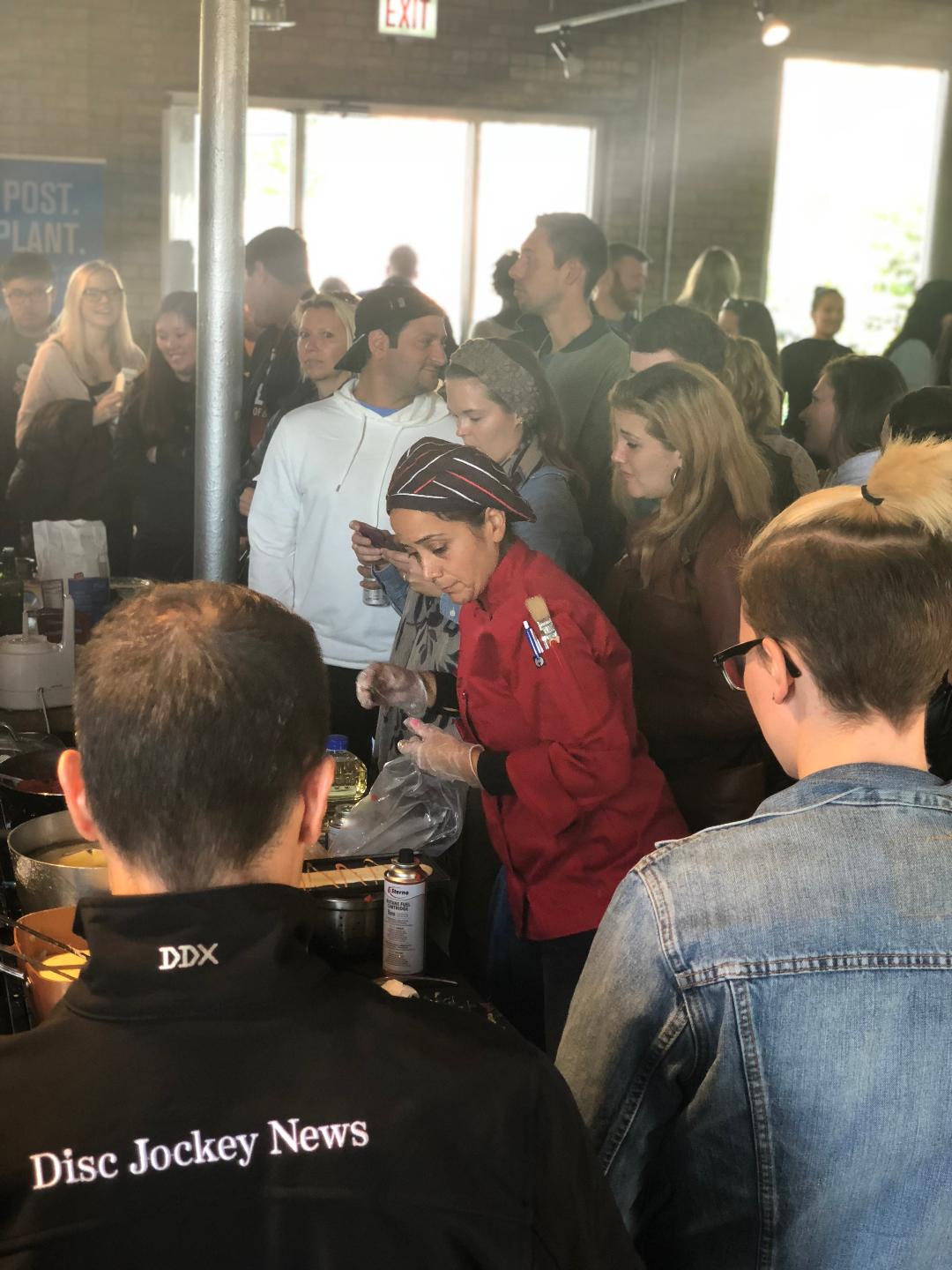 Cheese Fest Battle of the Chef's

Chef Competition based off an open pantry concept. A competitive chef battle serving two intervals of guest of 200 to 400 guest each interval. Tasting grading and judging of a variety of dishes from an assortment of chefs. Parameters included authentic made from scratch dishes with nothing premade. Chef Veronica and her team made from scratch Cheese and Spinach Ravioli, Linguini with Alfredo Sauce.  Servings were done in two hour intervals with only 45 min in between interval to prepare for next group. Patrons judged and voted afterwards concluding at the end of the event Chef Veronica’s team the victor.